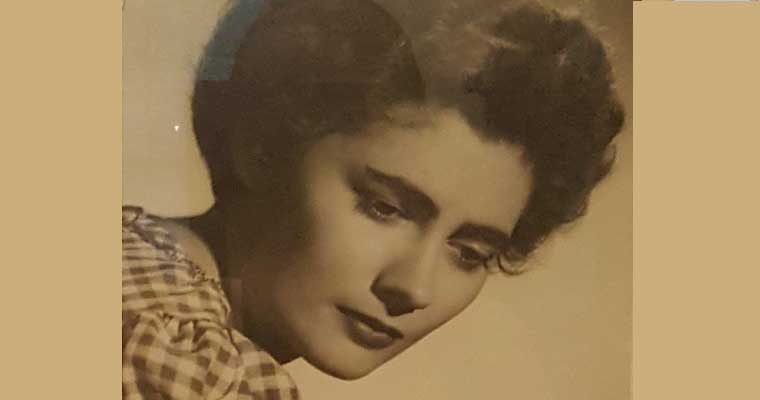 When I was researching the roots of medieval antisemitism for my first Jewish historical novel, looking up such ancient canards as the idea that Jews have horns and stink of sulfur because they are descended from the devil – I would often end up on frightening contemporary websites rather than historical sources. These were Neo-Nazi, white supremacist sites that proclaimed the same mistaken prejudices that their ancestors espoused hundreds of years before. My research was done more than a decade ago, before hate speech and bullying became the new norm in America. Back then, I could dismiss such websites as the fringe elements I was confident they were, secure in the knowledge that such prejudicial myths could not surface in any meaningful way, at least not in the United States.

This past October 27 proved me – and every other complacent, trusting American Jew – wrong. And it’s with my mother’s ghostly voice that I write now – my mother, who watched half her extended family die in the Holocaust. My mother never trusted in America’s promise, not after seeing her Polish aunts, uncles, and cousins denied the safety of our shores due to immigration quotas. It can happen here, she used to say, before uprooting the family and moving to Israel. It can happen anywhere.

I wish my mother had been wrong. I wish I’d paid greater heed to those chilling, modern-day websites. They claimed – as Hitler did, as the Cossacks did, as medieval authorities did – that Jews are less than human. That they deserve to die for the simple crime of being born Jews.

Because when such beliefs are stated – out loud in rallies, online in social media, or in the virulent, ugly anti-Jewish posters now found hanging in some of our universities – the people they threaten aren’t someone else. They are my husband. My two sons. Me. And it doesn’t get any more personal than that.

When I write about Jewish history, I have had to compose scenes of terror and tragedy, depicting pogroms, Jews locked in synagogues set ablaze, attacked in the streets of their ghettos, blood running in the gutters. Because I wish to create characters rather than caricatures, I’ve been careful to endow the attackers with at least some rationale for their actions – wildly misguided though these may be. But if the attack this past weekend has taught me anything, it’s that the evil of antisemitism does not require any logical justification. It’s a prejudice so deep-rooted that eradicating it seems impossible; a real and breathing menace that refuses to die a natural death.

Many beautiful, moving tributes have been spoken on behalf of the murdered and I, too, mourn them. But I’m worried about the rest of us. Especially about my sons, who probably still don’t fully comprehend what my mother used to say – just as I did not when I was young and naïve and trusting. It can happen here, she’d say. And now it has.

Image: my mother, Sarah Kaskin Kreps, in her youth