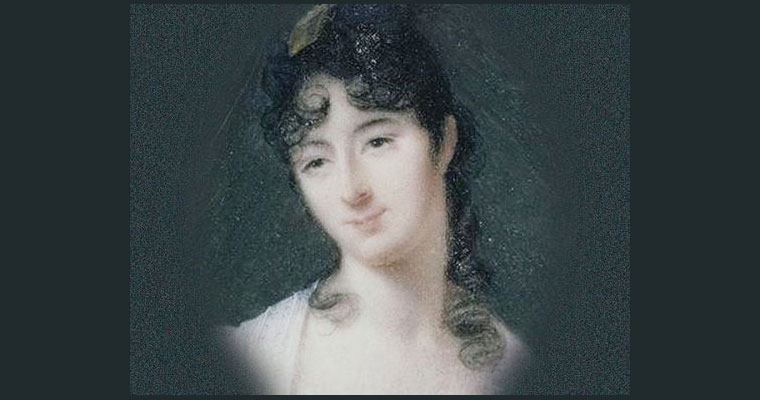 As I’ve been writing the first draft of my sequel to Beyond the Ghetto Gates, I’m faced with the dilemma so many historical novelists must contend with – when to diverge from the historical record for dramatic effect and when to hew strictly to the facts.

And this has been particularly ticklish in my relating of Napoleon’s “Cleopatra” – his infatuation with Pauline Fourès, a new bride of one of his cavalrymen, who snuck aboard one of Napoleon’s ships in uniform, and whom he enticed into an affair after he learned of Josephine’s infidelity.

The facts, so far as my research shows, are thus:

Dramatic enough, right? What more could I want? Why would I need to deviate from the facts of this delicious story?

But here’s the problem. Neither Napoleon nor Pauline are focal characters in my novel. They can’t tell their own story. And any time you tell a story second-hand, it loses impact in the retelling. I needed to describe the events through one of my point-of-view characters who were actually there – either Daniel or Christophe, who, as lowly officers, didn’t generally mix in Napoleon’s rarified circles. Or, at the very least, have them be told the story by someone directly involved, who could communicate the emotions and passion of the situation.

And I needed to weave this secondary plotline into my main plot. So yes, I deviated from the historical record – hopefully without losing the “truth” as I fictionalized it.

So what did I change? Well…

Will the seekers of “truth” in historical fiction pick my choices apart? Very possibly. But as a historical novelist, did my twisting of the actual facts serve my story better than if I told everything second-hand? Did I adhere to Albert Camus’ famous quote: “Fiction is the lie through which we tell the truth?” I certainly hope so!

Oh, and one mystery regarding the historical record that I wish someone would explain to me – Pauline is always described as a blonde, but every portrait of her shows her with dark hair. Where does that truth lie?