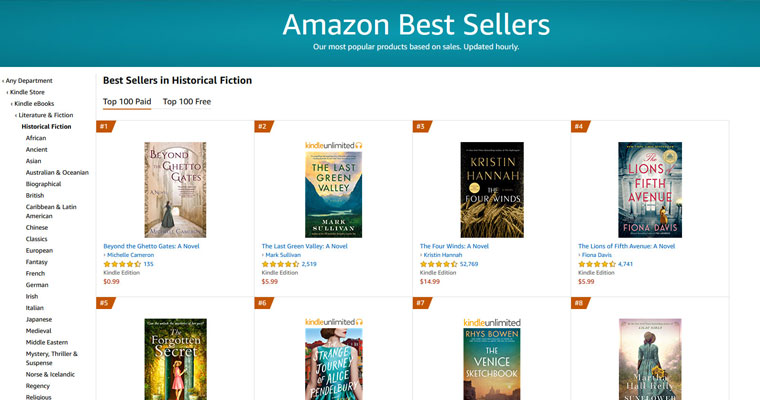 I was starting to get book promotion fatigue. I’d been pushing Beyond the Ghetto Gates for more than a year – through social media, through Zoom events, by writing articles and answering interview questions. The results were good but at this point I was ready to move on. After all, I had a sequel to write.

My publisher sent me an email:

BookBub handpicked a collection of titles, and Beyond the Ghetto Gates is one of the titles picked by BookBub to run during the month of June; specifically on 6/3/2021 on US and international platforms (Apple, Google Play, Kindle, Nook, Kobo, in Canada, UK, India and Australia). Your ebook will be discounted to .99 on the day of the promotion in those markets.

I’d been told by other authors and by my publisher son to jump on BookBub if my novel were accepted. With She Writes Press unlike other publishers, I’m financially responsible for any such campaigns, and the price tag is – shall we say – not cheap. I had to swallow hard before responding with an enthusiastic “yes, please.”

I did consult with my son, who advised me to extend the discount a few days beyond the June 3rd date, for what he called “the echo effect.” People often won’t buy the first day of a sale, he said, but if they see it often enough, they’ll go back for it. So we extended it to June 6 (which means, it’s still ongoing as of the time of this blog post.)

Then an industry savvy friend of mine told me to “ad stack.” This was a term I’d never heard before, but basically, her advice was to apply to other (much less expensive) discount book club newsletters and request that BTGG be featured within the discount dates. Because I had my son’s wedding coming up, I probably didn’t do as much as I could – not her entire list – but I was accepted at three of them, including the highly effective Fussy Librarian.  Because I didn’t have the bandwidth to do as much as she suggested, my budget for this came in well under $100.

Then I started to alert certain Facebook groups I belonged to that the BookBub campaign was coming up. I did this early on for a few of them – the ones I frequented the most, with people who I thought would be willing to share the news. A couple of days ahead, I also wrote an email to personal friends asking for them to help. I wrote copy that they could simply pick up and use – or adapt if they wanted to   – and attached the meme that my publisher had prepared for me. And I was gratified to see how many of them went ahead and did this! 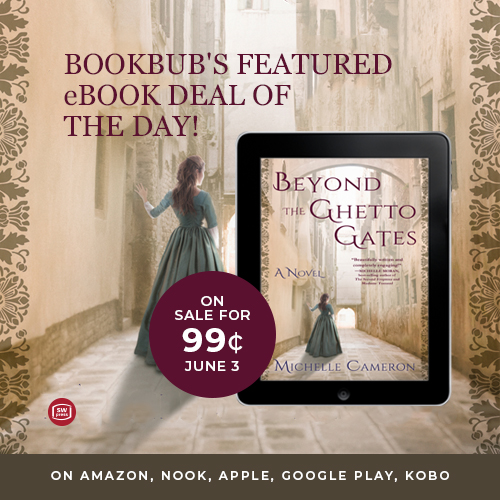 The final step in my personal push was to post comprehensively to all of my social media on June 3 – on my personal Facebook page and author page, of course, but also on pretty much every group I belonged to. I did re-read the rules if I was unsure if these groups wouldn’t accept author promotion and was pleased that only once did my post get removed by an administrator. I’m not much of a Twitter user, but I did post there. And I tagged the hell out of Instagram.

So now I had to leave it up to the BookBub gods. And round about 10 in the morning, checking my Amazon page, I was startled to see a little red flag next to the Kindle title: #1 in War Fiction.

As I wrote on Facebook, this was never a category I thought I’d “win,” and there was a moment of gratification to see that Beyond the Ghetto Gates was top of a list that included Tom Clancy and Kate Quinn.

But then I figured something out. The category I really wanted – Jewish Historical Fiction – was still being listed as somewhere in the 400s. I clicked on that link and found that, in fact, I was #2 on that list. (I still don’t understand this disparity in Amazon’s ranking system.)

So I started to screen grab and share results. It was fun – a real high. At one point, I started to feel like I was being obnoxious with all the screen captures and created a collage of them – #1 in War Fiction, #2 in Jewish Historical Fiction, Jewish Literature & Fiction, and Historical French Fiction, #3 in Historical Italian Fiction. And I shared the news to Facebook and Instagram, including some of those much-frequented Facebook groups.

And I learned a lesson thereby. Success engenders success. People were telling me on those posts that they went ahead and bought the discounted eBook. So I pushed my discomfort aside and kept promoting. And I continued to move up in the ranks.

By dinnertime, I was #1 in Jewish Historical Fiction and Jewish Literature & Fiction. By 10 o’clock that evening – when I promised myself one last look at the ratings (this was getting obsessive) – I was shocked to my core.

So, it’s the next morning. The impact BookBub has on my sales will undoubtedly begin to fade. But there are still a few of the discounted book club newsletters that will publish this week. The discount should remain in effect until June 6. So go ahead and buy the 99 cent eBook version if you haven’t yet. Not sure where? Here are the links:

And a heartfelt thank you to everyone who made this happen and let me ride the BookBub roller coaster!