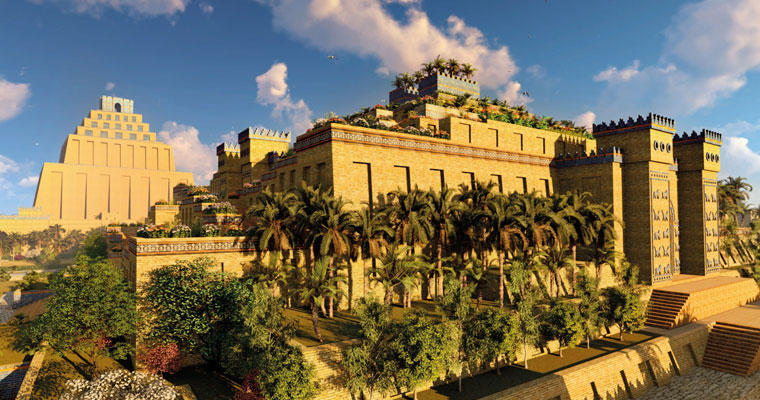 Even before The Fruit of Her Hands was accepted by Simon & Schuster’s Pocket Books, I took the advice given to me by a writer friend and began writing the next book.

I chose the subject matter – the Babylonian Exile of the Judeans in 587 BCE – for two basic reasons. The first was a short story I’d read back in Sunday School, about a boy who was about to return home to Jerusalem after Cyrus permitted the Hebrews to do so – and the girl who remained behind with her parents. I don’t know why the idea stayed with me even while the details blurred, but it did. The second was including the entirety of Psalm 137 in The Fruit of Her Hands. My heroine, Shira, was devastated that the French monarchy had decided to burn every volume of the Talmud that they could lay their hands on. These were her thoughts:

Our finest philosophies have flourished in exile, I suddenly realized. Moses led an enslaved people out of Egypt to the Promised Land, and, on our way, God favored us with Laws that shaped us into the people we have been for millennia. By the rivers of Babylon, I thought, we sat and brought the writings of God and the writings of the people together into the Torah, and the great teachers contemplated them in a magnificent debate that has lasted until today, a day when our Christian overlords would extinguish those ideas until nothing more than ash and memory remained. I remembered the 137th Psalm and, watching the carts roll by with their burden of our history, I murmured lines from it under my breath:

By the rivers of Babylon, there we sat, sat and wept, as we thought of Zion.
There on the willows we hung up our lyres,
for our captors asked us there for songs, our tormentors, for amusement,
“Sing us one of the songs of Zion.”
How can we sing a song of the Lord on alien soil?
If I forget you, O Jerusalem, let my right hand wither;
let my tongue stick to my palate if I cease to think of you,
if I do not keep Jerusalem in memory even at my happiest hour.
Remember, O Lord, against the Edomites the day of Jerusalem’s fall;
how they cried, “Strip her, strip her to her very foundations!”

My approach to writing this novel diverged greatly from The Fruit of Her Hands – and from the other books I’ve subsequently written. I would envision a scene and write it – and follow it up with another, completely out of sequence. Writers call this the “pantser” method: writing by the seat of your pants. I allowed myself to daydream more with this novel and kept my chapters short and lyrical. And, for the first time, I wrote in close third – embodying first one character and then another.

Of course I did research for this novel, but my sources were far less, well, reliable, than any other historical I’ve written. I read Josephus, appropriate chapters from the Bible (Tanach), and background on life in ancient Babylon and Jerusalem. It helped that I had lived in Jerusalem and understood the landscape and weather there – and could extrapolate from my high school years in the Negev Desert to what the brutal crossing must have been like. I needed to more fully examine the ancient city of Babylon, but even here, the latter-day prophets gave me some context.

By the time I finished the novel, I truly felt it was “the book of my heart.” I handed it to my erstwhile agent with great pride and was astonished by how lukewarm a reception she gave it.

Some contemporary historical context is needed here. The Fruit of Her Hands was published in 2009, in the middle of a recession. Simon & Schuster, who held an option on my next book, had laid off my beloved editor three days before Fruit launched, which basically ended S&S’s interest in my work. So they let my agent know they were passing on it.

She sent it around to other houses and the rejections poured in – incredibly complementary rejections, but rejections nonetheless. I was somewhat heartened by several responses, which went something like: “if times were different, I’d snap this up in a heartbeat.” But times weren’t different.

So eventually, I shelved the novel and moved onto the next. I let my agent go, which I think was a relief to us both. And it took me a decade to get back into print again, with Beyond the Ghetto Gates.

Which brings us to June of 2021. Someone in one of the Facebook groups I belonged to mentioned Wicked Son Press, a small publisher focusing on Jewish books. I looked them up, loved their contrarian approach, and, on impulse, sent off a query letter. I didn’t put a lot of faith in it – I’d actually tried my luck with the novel a couple of times with no success – so I wasn’t too upset when I heard nothing in return. Besides, I was busy writing and then revising Napoleon’s Mirage, the sequel to Beyond the Ghetto Gates.

So I was surprised when, in January of 2022, I received an email from Wicked Son. In it, they let me know they’d been inundated with queries (no surprise there!) but would be interested in seeing the novel if I were interested in sending it to them. I sent them the full manuscript, still thinking that nothing much would come of it.

Then it was early February, and I received an email from the publisher, saying that he very much liked the first part of the novel and that he was “fairly confident that I will want to publish it.” Which stole my breath away. So I waited, frankly checking my email far more than was healthy. After a month, I asked a group of writer friends if I should ask if the manuscript was still being considered. “No!” they all said – and I’m grateful for their advice.

Because it was just a week later than I was asked to get in touch with the publisher via phone, who let me know he did indeed wanted to publish it.

He wanted to publish it. This is the moment every writer dreams of – and in this case, having let the book languish for 15 years, it felt, well surreal. It still feels surreal.

Surreal or not, I’m thrilled to announce that the target publication date for “the book of my heart” – currently with the working title of Babylon: the story of Jewish exile & return, is spring of 2023.

Oh, and if you’re a fan of Beyond the Ghetto Gates and are worried about the sequel – don’t be! Napoleon’s Mirage is already slated to be published by She Writes Press in spring of 2024. So I’ve accomplished something I always dreamed I might become one day –  as a book-a-year author!