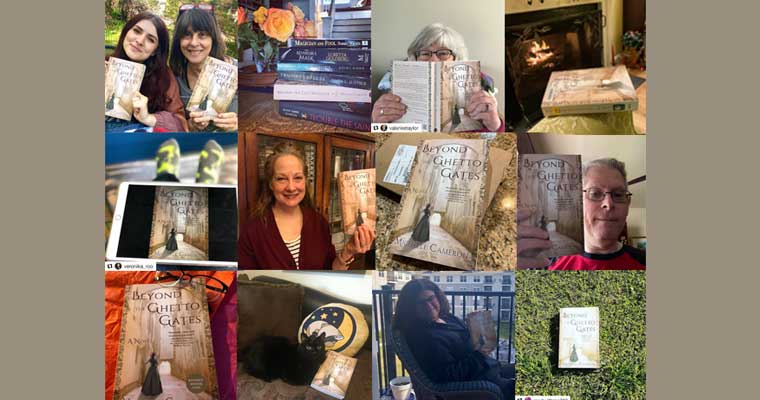 A year ago today, my second historical novel and third published work, Beyond the Ghetto Gates, was launched into the world.

It was, admittedly, a bad time for any book to see the light of day. The pandemic was taking hold, and all of my plans to do a hyper-local tour, with some 25 events already booked, including a major launch party, was no longer possible. 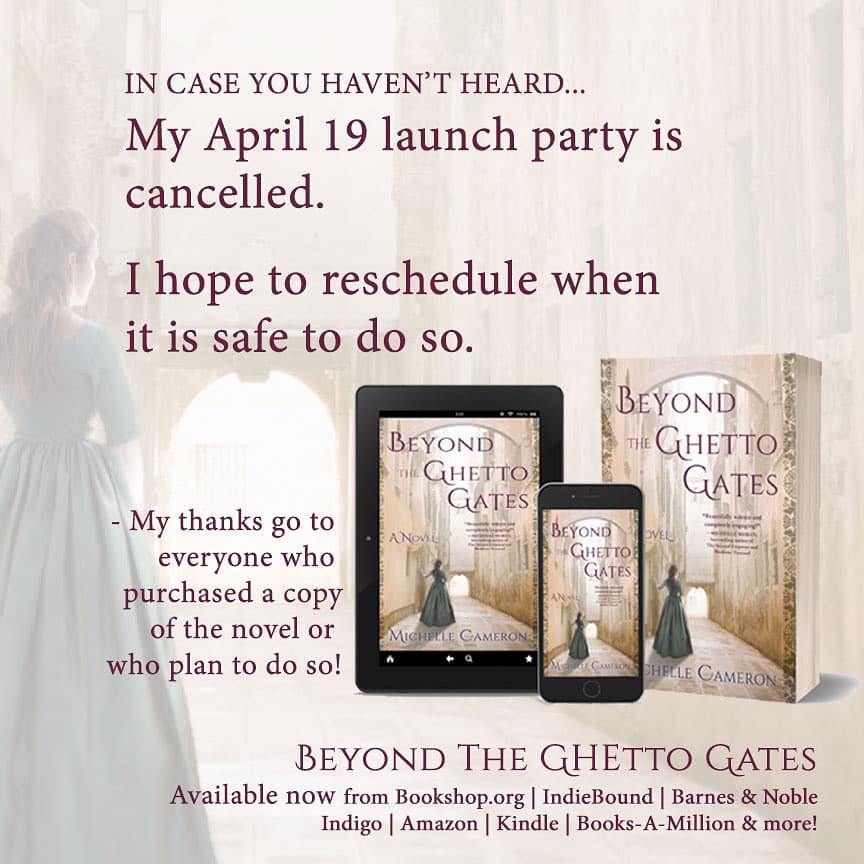 But at least my publicity firm sent these amazing book-cover cookies (some of which are still in my freezer). 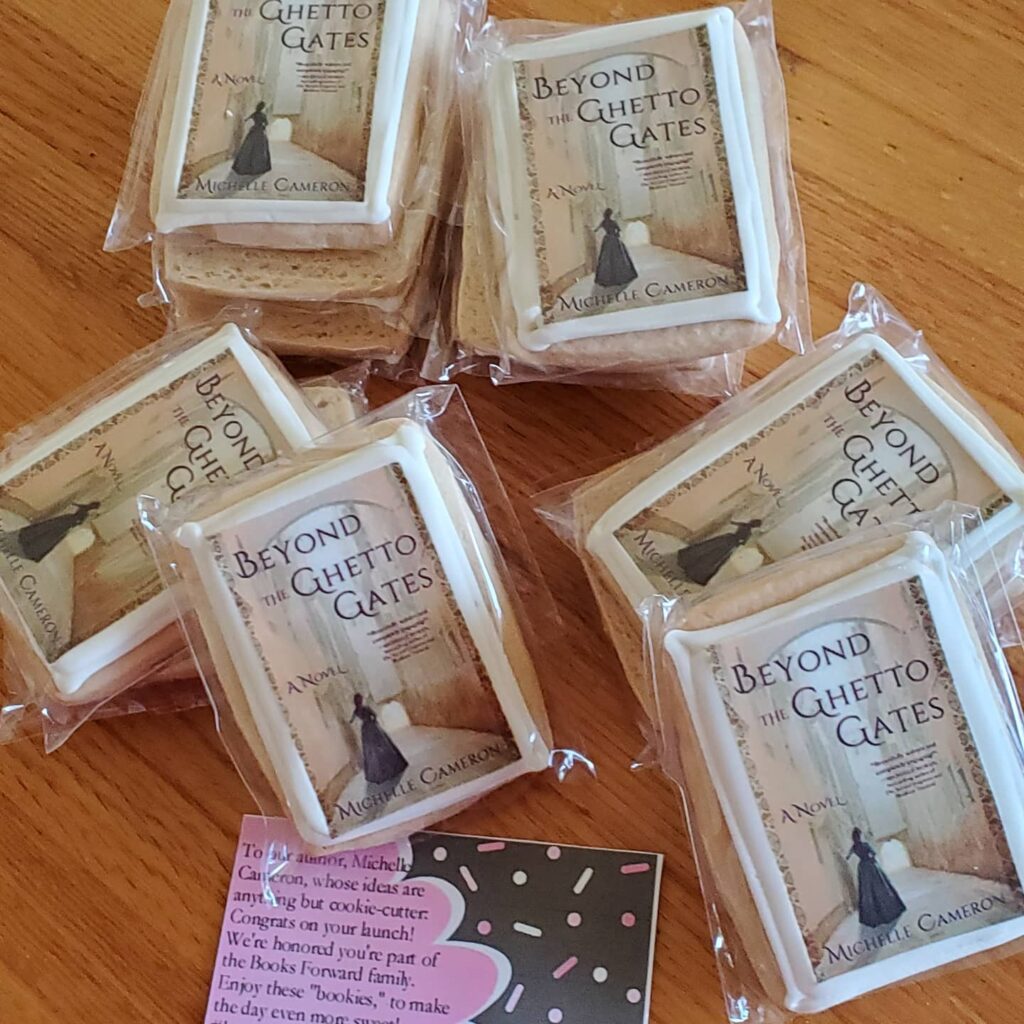 And after shedding a few tears, I refused to succumb to despair. After all, a book launch is a minor tragedy when compared to a hundred year pandemic!

While brand new to this application called Zoom, I used it to hold at least a small party to thank all of those people who had helped me along the way – an event that I described in my blog post, “Why Was My Book Birthday Different from Every Other Book Birthday?”

And like so many other authors, I took advantage of every kindness offered to me out there on social media. I am so grateful for everyone who interviewed me, who included me in their podcasts, who even read out a portion of the novel online. 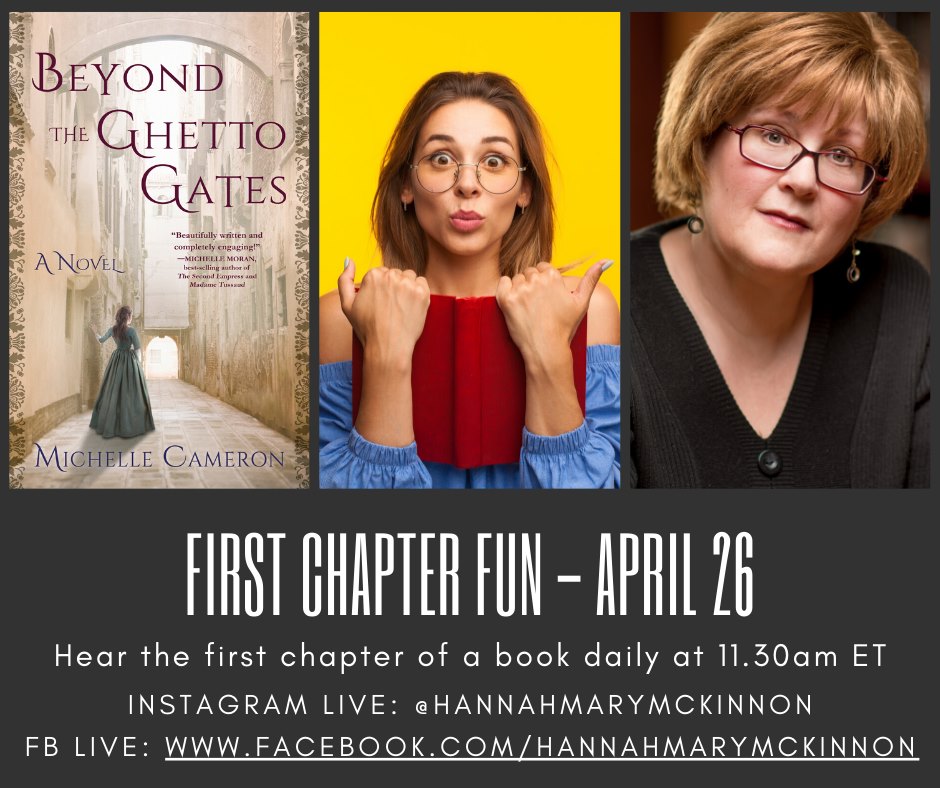 Even without personal contact, there were moments of great excitement. Being included, for instance, in the Bookshop.org’s lineup of Unforgettable Jewish Historical Novels, for instance – on the top line, no less, next door to The Red Tent, felt amazing. While ordinarily I would have been checking my Amazon numbers over and over, I wanted to support local bookstores which were suffering due to COVID. So I encouraged my readers to purchase their books on Bookshop.org – Amazon numbers be damned. 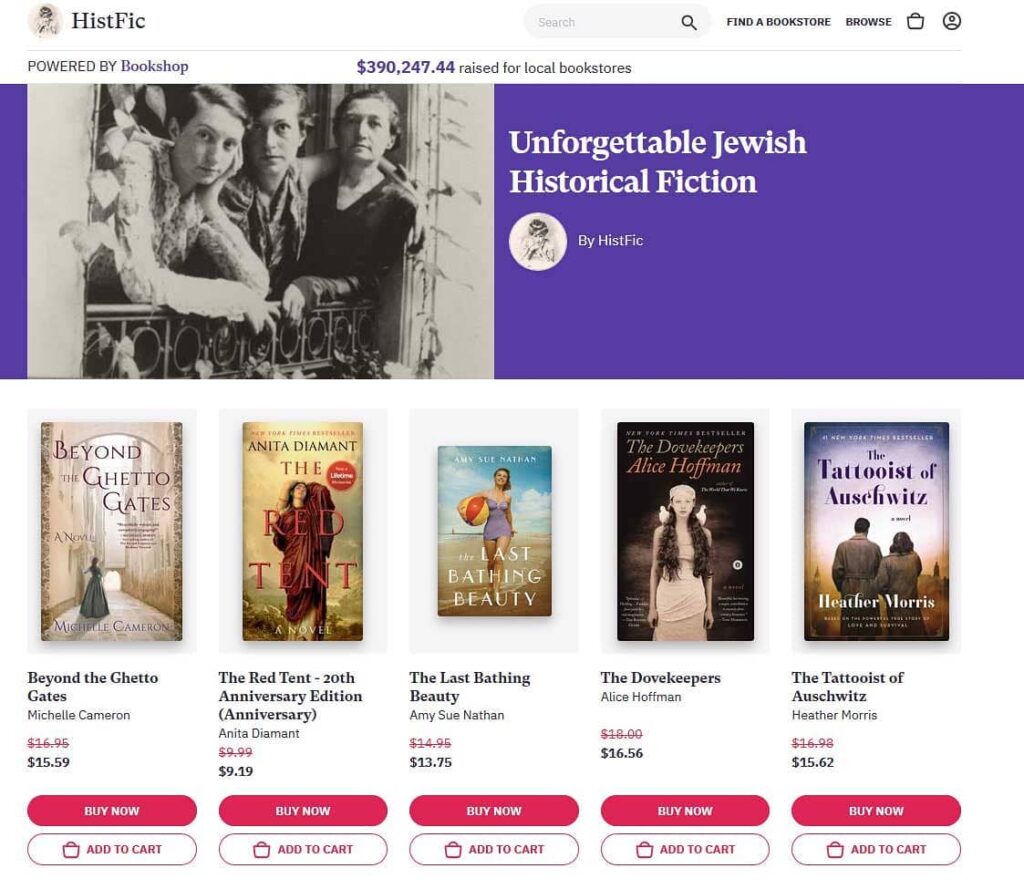 So when I was invited to be part of their Authors in Pajamas program, of course I jumped in – slippers and all! 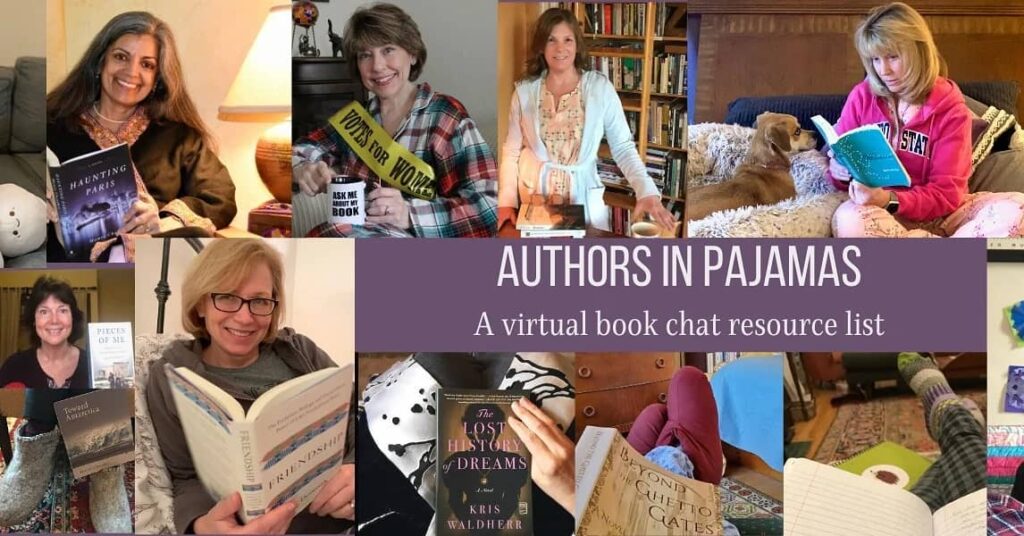 I was also incredibly grateful to everyone out there on social media who helped promote the books by including it in book stacks, shot photos of it “in the wild,” and held up their copies for all to see. 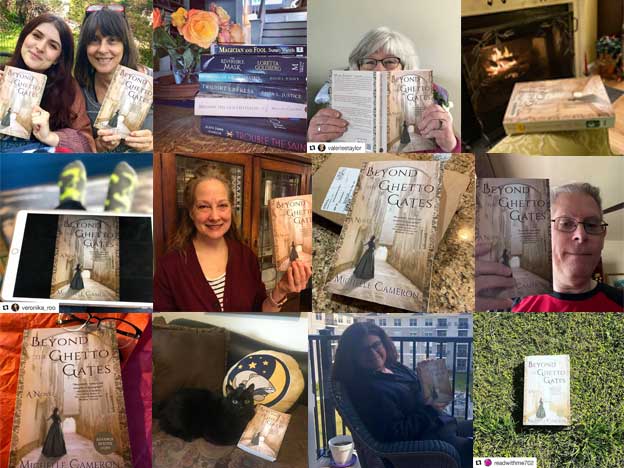 And while I was generally not checking Amazon numbers, I was reminded to do so when my publicist and publisher lowered my e-book price so I could be featured in several discounted book clubs. It was a sheer joy to see how high a rank the book could possibly reach. 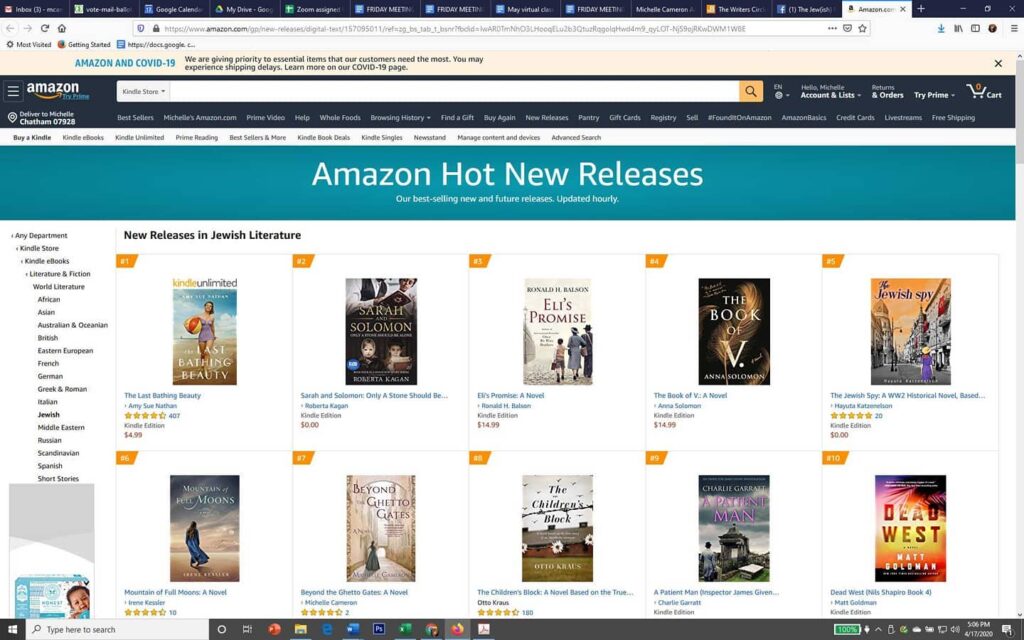 My publisher, She Writes Press, has an e-book campaign scheduled for its 2020 books in the coming month – so I hope to see such mind-blowing rankings once again. And I’ll be delighted to be featured with my fellow She Writes sisters in the campaign. 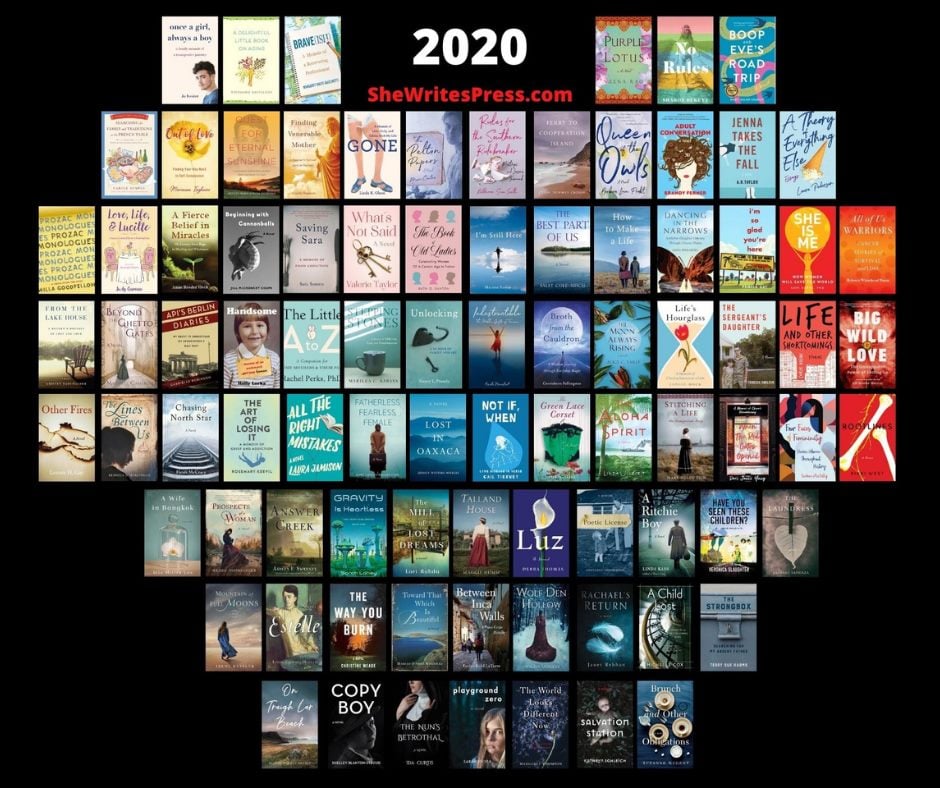 While it was not easy to get anyone’s attention during the pandemic, my publicist was able to secure several wonderful articles and interviews, both in print and on the radio, including Lilith, TripFiction, GirlTalk H2, and WomenScape in print or online;  and Writers Voices,  GSMC Book Review Podcast and New Books Network on the radio. Because of the kindness of my fellow authors, I also was featured on several others, all of which can be seen here. The best by far? When I got to explain “Why I Write Jewish Historical Fiction.” in Writer’s Digest!

My original book tour centered around JCCs and synagogue Sisterhoods and book clubs. As everything pivoted to online, I was able to reach further geographically than I could possibly ever get to – including speaking in such far-flung states as Pennsylvania, Connecticut, Florida, Chicago, and California! And, of course, there were plenty of New Jersey and New York appearances. Add these up with the library visits I’ve made, and my tally right now is 53 author events – with more to come!

I have to thank the Jewish Book Council for some of these. And they certainly were instrumental with my best attended to date – the National Jewish Federation’s National Women’s Philanthropy organization, where more than 200 participants were online with me. 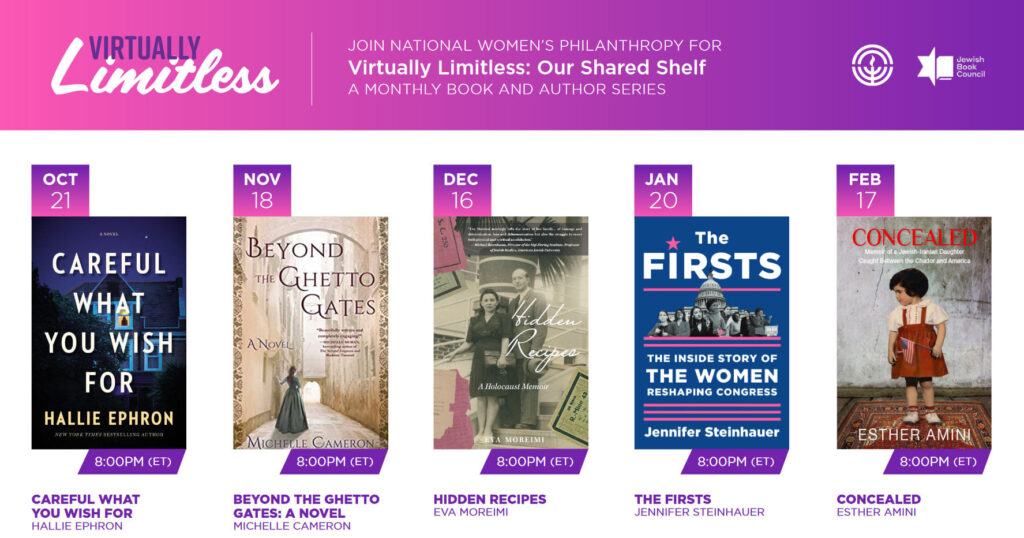 Speaking of the Jewish Book Council, their review was just one of many that I truly treasured. But there’s no doubt that the review that meant the most to me (aside from the Kirkus Review rave, which nearly made me faint) was the one that appeared in the Jerusalem Post. The very first piece I had published was back in the 70s, when I submitted a book review to the Post. Having my own book reviewed there was incredibly significant to me. 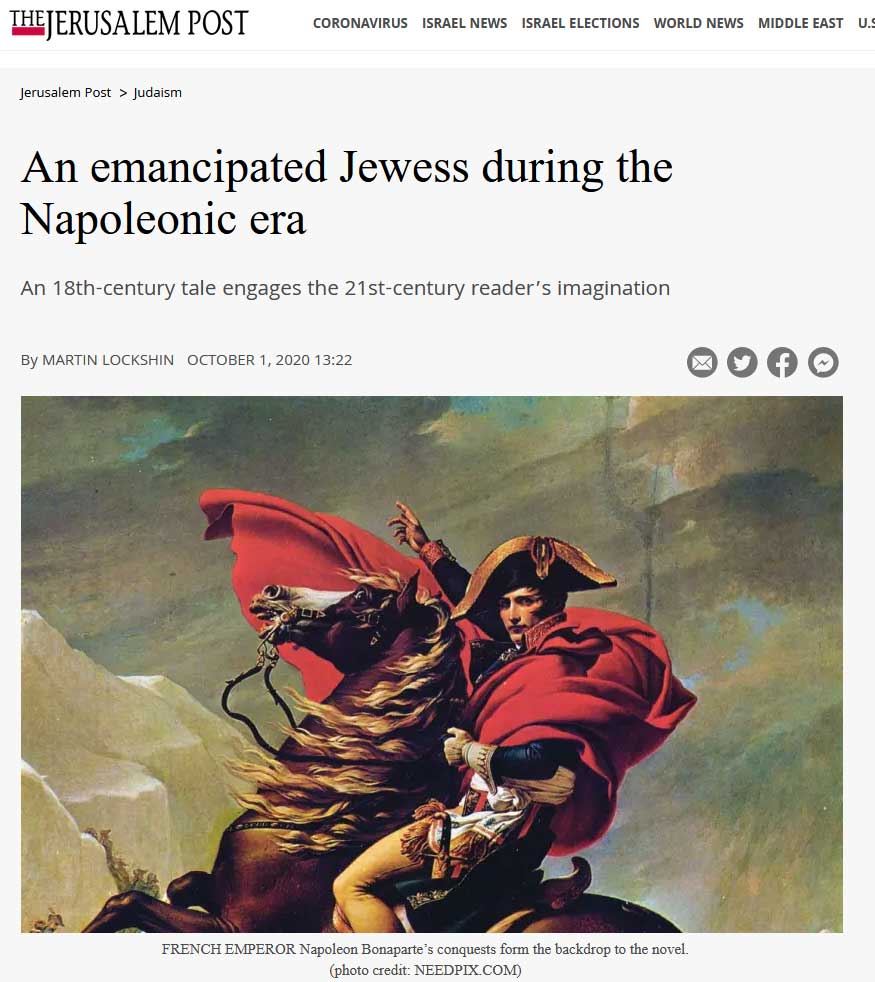 I’ve also been delighted with the awards that the novel has garnered, including a Silver Medal in Historical Fiction by the Independent Book Publisher’s Awards (IPPYs). Beyond the Ghetto Gates has also been shortlisted for the for the Chanticleer Goethe Awards and is a finalist in the 2020 Foreword Indies. Fingers crossed for good news for both of these!

So all in all, while this has not been the year I planned for or anticipated, it has been a good one overall for me and my novel. Did I sell more or less books due to the pandemic? The jury is still out on that. But I know I reached many more readers – readers who were geographically distant – because of all these virtual events.

And I was able to experience one joy I thought I’d lost out on due to the pandemic: while taping this podcast at The Book House (where one of my earliest events had been cancelled, and which was the first place I went after being fully vaccinated), I found a copy of Beyond the Ghetto Gates on the shelves! As always, this is an amazing moment for any writer, and I’m delighted that, as the year came to a close, I didn’t miss this one. 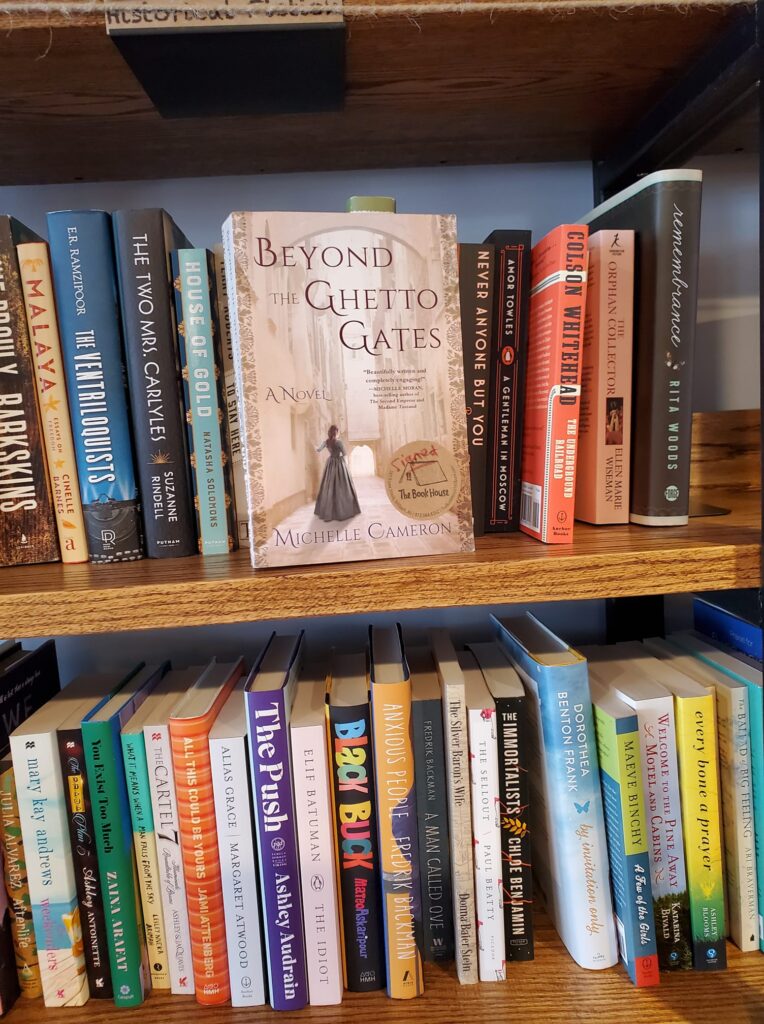 So, happy book birthday, Beyond the Ghetto Gates – and I hope you continue to reach the hands of many happy readers to come!