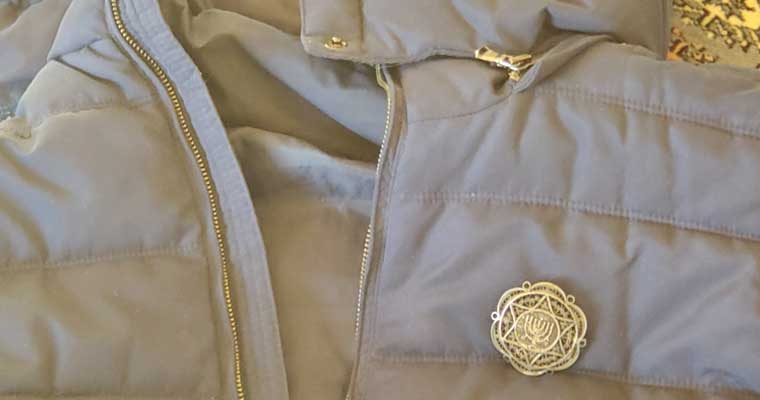 When I introduce myself – Michelle Cameron – and talk about my Jewish historical novels, some people do a double take.

“Did you change your last name at Ellis Island?” others wonder.

“Are you Jewish?” absolutely no one asks. (There is clearly a line people won’t cross.)

For years, I used the Ellis Island excuse. I’m a storyteller, after all, and it made a great story to say that when my husband’s ancestors arrived there, they’d had too many Cohens that day and simply reached for a convenient last name that started with a C.

It’s not true, however – though the family name was originally Cohen. There are some other factors that make the story a fabrication, including the fact that some of my husband’s family came to America with Peter Stuyvesant, and there’s an apocryphal tale that his great-great grandmother jumped ship and swam ashore as they neared New York, terrified that she’d be turned away and have to return to Hungary.

In fact, it was my father-in-law who changed the family name. He enlisted in the navy to fight during World War II at the tender age of 17 and was dispatched to the Japanese theatre of war. The navy was not overly welcoming to Jews at that time, and when he returned home he decided he’d experienced enough antisemitism for a lifetime. So he changed the family name and the family followed his lead.

I was old fashioned enough to adopt my husband’s name when we married. Even then I had publishing ambitions and thought the name “Michelle Cameron” was better for an author than my maiden name of Kreps. Of course, I had no idea at that time that my writing future would center around Jewish historical novels.

With the heartbreaking recent uptick of antisemitic incidents, one can’t help but pause before declaring your Judaism. The fear is real. And I realize that if I wanted to, with my name, it would be easy enough for me to pass as a non-Jew. As the saying goes, I don’t look Jewish.

The American Jewish Council (AJC) has designated Monday, January 6, as #JewishandProud Day. They’ve asked that we Jews (and allies) appear in public clearly showing some sign that we are Jewish – a kippa, a Jewish star. It is, in fact, the absolute opposite of a scene I write about in my forthcoming novel, Beyond the Ghetto Gates, where Napoleon’s soldiers demolish Italian ghetto gates and give residents the cockade of the French Revolution to wear instead of the Jewish hats, kerchiefs and armbands that had so clearly marked them as Jews.

It’s incredibly sad that making a point of our Jewish identity is necessary. But I remember how moved I was when I first heard the story of Denmark’s King Christian X and other Danish Gentiles wearing armbands with the Star of David on them in defense of the country’s Jews and in defiance of Hitler. This apparently was nothing more than an urban legend, which saddens me. Yet the strength of the fiction still resonates.

I choose to mark myself as #JewishandProud. I refuse to hide, and certainly with my personal history as well as the books I write, I won’t pretend I’m other than I am. I’ve taken out my mother’s silver Star of David brooch and pinned it to my coat. So, yes – despite my non-Jewish name – #JewishandProud.