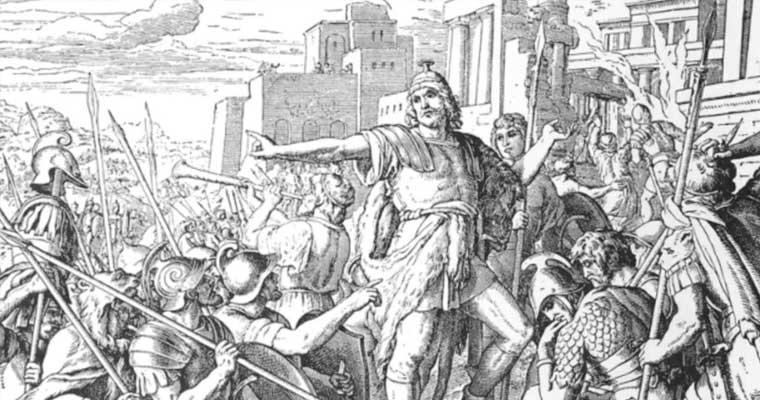 Chanukah is so often considered Christmas-lite – a kind of consolation prize for those of us who don’t celebrate the all-pervasive holiday that we bump into on every street corner, in every store, even (despite well-meaning attempts to secularize the holiday) in our school concerts. We “others” – and that category comprises more than just Jews – are accused, by our innocent mouthing of “Happy Holidays” of waging a war on Christmas. As if mere words could damage the deep roots the holiday has here in the US! Hallmark and Lifetime TV have come out this year with so-called Chanukah movies that apparently center around Jews being instructed in Christmas traditions. The writers of those episodes somehow think we “others” escaped knowing every nuance of that holiday. They don’t understand how we’ve absorbed it through a kind of popular osmosis, merely by living here in America.

I’m the first to admit that I grew up with Christmas envy. I wanted the tree, the cookies, the caroling, the presents Santa would leave me. When I was five, I wanted to believe wholeheartedly in the fat man in the red suit. Menorah lighting, dreidel playing, and the claim that eight presents each night must be better than one big one under the Christmas tree were always poor substitutes for me.

In Israel, where I lived for more than a decade, Chanukah is a minor holiday. Sure, there are beautiful glass boxes placed in the stone alleyways that house the menorahs in the ancient neighborhoods of Jerusalem and Safed, sure they sell jelly donuts (sufgoniyot) on the streets as early as late October. But “it’s a holiday for children,” as the Israelis explain. Certainly nowhere near the stature of the High Holidays or Passover.

The ironic thing is that the festival of Chanukah actually celebrates the Judean victory over Syrian Greek forces that wanted to outlaw Jewish observance and make our people part of the norm. Just as Christian Americans today don’t always understand why we resist the trappings of the holiday marking Jesus’ birth, the Greeks didn’t understand why our ancestors refused the lure of the gymnasium where it was accepted to exercise in the nude, or why we wouldn’t partake in pork or sacrifice to their gods. And it’s true that many Judeans did surrender to the attractions of Hellenization. The Maccabees who fought the Greeks and won back our Temple were not completely a mainstream movement, despite what we’re taught in Sunday School.

There are a multitude of times when Judaism itself has been threatened by our desire to be just like everyone else. It’s part of the uneasy balance between assimilation and keeping our Jewish traditions intact. As a secular Jew who has a deep and abiding love and respect for her cultural roots, it raises certain questions. What are we as individual Jews willing to forsake in our desire to be just like everyone else?  How much more difficult did our acceptance in the larger American society make it for us to cling to our own cultural identity?

Thematically, it’s a subject I gravitate toward in my historical novels. If the Hebrews exiled to Babylon hadn’t found ways to preserve our traditions through prayer and writing rather than sacrifice in the Temple – and if Cyrus of Persia hadn’t come along to let them return to Judea; if the Catholics of the Middle Ages had managed to forcibly convert all the Jews; if more Jews had given in to the secularization of the Age of the Enlightenment – and if thousands like me had convinced their first- and second-generation immigrant American parents to put up a Christmas tree or at least a Chanukah bush – would we as a people have survived to this day? 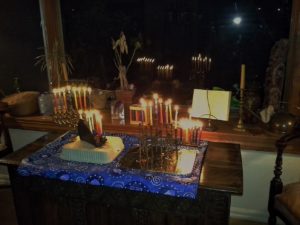 When my kids were young, I did my best to educate their friends about the holiday, inviting them for a party where I fed them latkes, apple sauce and sour cream. We lit the menorah – every kid had one – spun the dreidel and sent them home with their pockets full of chocolate coins. And yet, thinking about it with the objectivity of time, did our annual party really do that much good? Or did my sons’ Christian friends simply head home, thinking Chanukah was basically, well, Christmas-lite?

But please, please, don’t get me wrong. I fault no one for making their own decisions about Christmas or the extent of their personal observance. I realize how hard it is to escape the wish for something – beyond movies and Chinese food on December 25 – to fill the void that Christmas brings those of us who don’t celebrate.

It’s an uneasy balance indeed, and I wish the majority celebrating would understand that I mean no disrespect when I wish them a happy holiday or when my house remains unfestooned except for the eight nights when several menorahs light up my bay window. Because Christmas envy still lingers within me. In my novel, The Fruit of Her Hands, my heroine ponders what her life would have been like if not for the accident of her birth: “Had I been born to it, I probably would have made a fine Christian.” Clearly, that’s a thought I’ve had many times, especially around this time of year. But on the other hand, in my forthcoming Beyond the Ghetto Gates, two of my Jewish characters discuss how assimilated they have become and one of them says: “Sometimes I wonder if we’ve lost something in our rush to be like the Gentiles.” That, too, is something I’ve considered deeply.

Chanukah is not Christmas-lite, no matter what we might pretend to ourselves and especially to our children. It’s something that unites us with the generations before us, keeping our traditions alive. The Maccabees saw the clear dangers of total assimilation and fought and died to resist it. The least we can do in their honor is fry up some latkes and light the candles for eight nights.