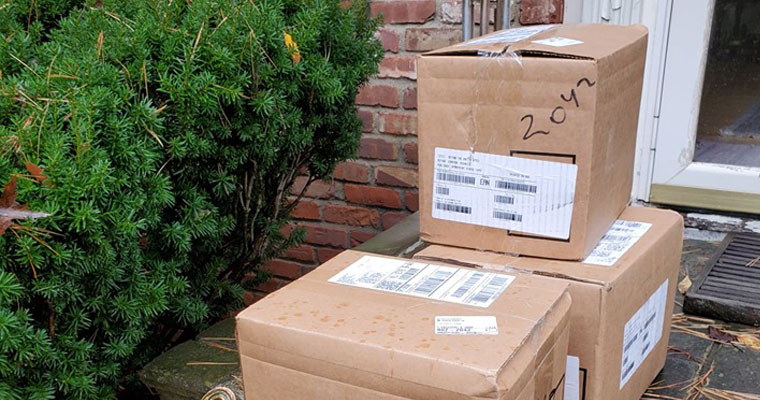 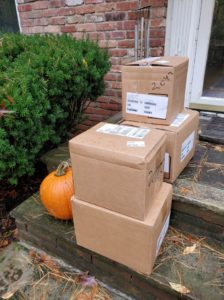 My advance reader copies (ARCs) – all 60 of them – arrived on Halloween. I’d been glancing outside for days, waiting for the boxes, but, as so often happens, I wasn’t looking for them as I passed our open front door. My mind was on the overcast weather, wondering if we were going to have any trick-or-treaters this year. (We didn’t.)

But there they were – four beautiful boxes. My heart skipped a beat. Being a member of the Instagram/Facebook/Twitter promote-the-hell out of your upcoming publication well-trained writerhood, I took a photo of the stack on the steps. Then I brought them inside, opened a box, propped up a book on the paper wad that filled the excess space, and took another photo. And then one more, a little stack of them, with one standing upright.

After I posted the images online, I was barraged with responses – most congratulatory (thank you!) and some probing. “That’s a lot of ARCs,” people commented. “Why so many?”

Why so many, indeed? I remember how I’d gotten all of two ARCs of my last novel in the mail, courtesy of Pocket Books /Simon and Schuster. No one bothered to explain what they were for. To this day, I have no idea how many were sent out to trade publications. No one asked me to use them as a final proofread. The reviews that came back seemed to appear like magic. 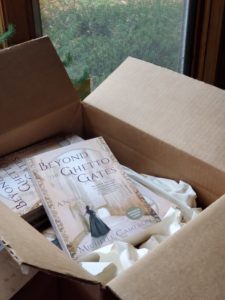 But not this time, because the dynamic of working with a hybrid press is different. This time, my publicist told me that they’d like 40 copies to send out. I plan to handle the mailings myself to save at least a little money. She Writes Press advised us to use them to do a final proofread for typos. They suggested that we enlist eyes other than our own to help do this – and they’re right, because I can see nothing wrong with the book, having looked at both manuscript and laid-out pages so often. They also suggested giving copies to local booksellers and libraries. Because I’m soliciting synagogues and other Jewish organizations, I wanted to have some available for that, too. Hence, 60.

But the question touched on the same quiver of fear that had chilled me as I carried the boxes down into the basement to await my publicist’s instructions. What if I ended up sending out the 40 review copies and no one bothered to read them? It could happen. What if any reviews I do get are negative? Reviews are subjective. The anonymous reader at the other end might hate the book. It could happen.

It’s an irrational fear, because I’ve already been validated by writers whose work I admire. Deep in my bones, I know I’ve written a fine book. But it’s a fear all too common with just about every writer I know during this uncertain period before publication. The imposter syndrome.

And it doesn’t help that, when I approached my oldest son, a sci-fi/fantasy-loving reader, to enlist his friends and colleagues to come to a New York launch event, that he resisted, clearly stating that they wouldn’t be interested.

“Think about it like a parent signing up their circle of friends for their daughter’s girl scout cookies,” I told him, a little frustrated.

Now, he’s a loving kid and I know he never meant to hurt me. But the moment he said it,  the fear swam back to the surface as I thought of the boxes lined up in my basement. The investment, not only of money, but of years of my life creating the best book I know how. All those ARCs awaiting judgment.