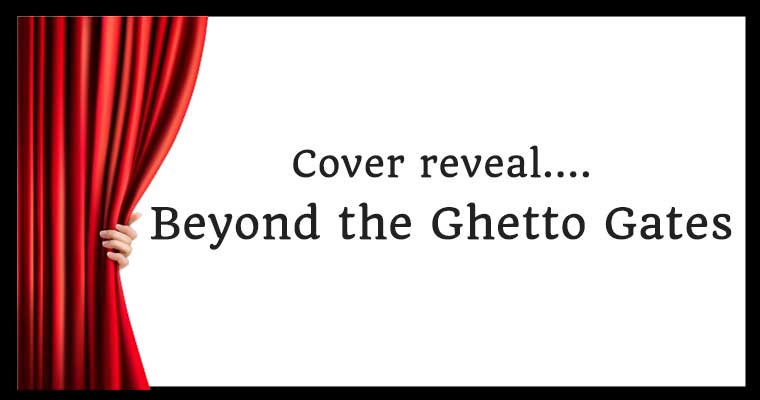 There were several reasons why I opted to go with She Writes Press (SWP) – their carefully curated list, sales force and distribution, the transparent way they include their authors every step of the publishing process. But what really sealed the deal? It was the production quality of their books. And even more than that, it was their covers.

In an earlier blog post, I related how, in making my publishing decision, I carried two books with me – one from a small press that had expressed interest in Beyond the Ghetto Gates, and a SWP book, and showed them to several people. Almost unanimously, the SWP book won my informal poll at a mere glance of both covers.

Covers have been the bane of many authors, because almost without fail, publishing contracts stipulate that publishers, not authors, have final say over what appears on the front of their books. Oh, we might be allowed to “consult” on them, but often what we say is disregarded and overruled, especially as newbies. And let’s face it, publishing houses have some good reasons for this. Their artists are in tune with the current trends in cover design (headless historical and romance heroines, anyone?) and feel, perhaps justifiably, that they know better what will attract a reader in a bookstore or online. The old saying “don’t judge a book by its cover” holds absolutely no weight when someone is actually making that buy-don’t-buy decision. The cover is critical to the success (or failure) of many books. 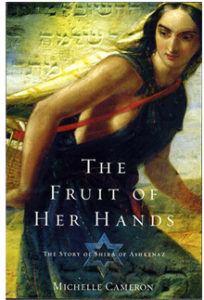 Generally, you must make a strong argument (and specifically a market-based one) to have your opinions considered. When The Fruit of Her Hands was in process, Simon & Schuster sent me their first cover comp, I thought it was absolutely lovely – and absolutely wrong.

And if you consider that the novel was set in the Middle Ages, you’ll probably see the issues that I saw at a glance.

What they portrayed was a Biblical maiden, out harvesting in the fields. It’s a gorgeous image – one, frankly, I’d love to use for one of my unpublished novels, set during the Babylonian exile – but it is indubitably set in the wrong era. And then there is that scoop that almost reveals the breast. “They’re going to lose any possibility of an Orthodox audience,” I told my agent, who relayed my concern to the publishers.

To this day I feel that it was the prospect of losing a valuable chunk of readers that probably made them listen. So they switched the cover to this – again, lovely, and again, with some issues. 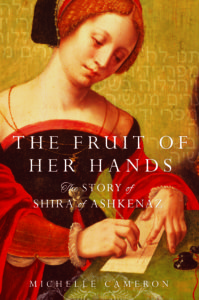 There was so much I loved about this cover. The woman was from the right time period. She was writing, which was an important aspect of Shira’s personality. It was doubtful that she would have worn such a revealing neckline, but I could live with that. However, what stumped me was her hair color.

My Shira had dark hair.

I knew that many readers do what I do – flip back to the cover while they’re reading to see the visual representation of the characters. It would be disconcerting every time they did. Should I go through and change every instance of her hair color to red? And would that mean I’d have to also change her husband’s hair color (he was a redhead) to keep the book consistent?

I knew that they weren’t going to change the book cover at this point – it was a piece of art that couldn’t be altered – and it would be too difficult to change the text. And at least it had the right feel to it. So my readers – and I – just had to cope.

But sometimes poor cover choices do influence sales – and that’s when authors want to tear their hair out. A case in point is TWC founder/director Judith Lindbergh’s paperback version of The Thrall’s Tale. Judith’s hardcover portrayed the sense of a dark and solemn world that she described so beautifully in the novel. But her soft cover, which she herself calls “the Breck shampoo girl,” has none of that rich foreboding. You can compare the two yourself:

Clearly, someone at Viking’s design division wanted to promote the book as more of a romance. But The Thrall’s Tale is emphatically not a romance, so anyone who bought it, judging by the new cover, would be disappointed – and anyone looking for the serious literary read that Thrall is would simply not pick up the book.  Despite Judith’s vehement advocacy for a more thoughtful appearance, the paperback was published as you see it above.

It’s rare that an author will feel so strongly that they’ll withdraw the book because of the publisher. I know only one instance, which happened at a Macmillan imprint. I won’t name either author or title, except to say that the publisher was pretty startled when the author actually returned her advance over this disagreement.

Cut to Beyond the Ghetto Gates and my experience in working with SWP – who takes a completely different approach to cover design. Here’s where publishing with a hybrid press can work wonders for you. SWP has won awards for their covers and their lead designer, Julie Metz, clearly knows what she’s doing. You are asked to fill out a cover memo that is extremely comprehensive, including comparative comps. I found that the covers I selected included a lot of gates and archways – fully understandable with the atmosphere I was trying to convey. Yet I needed the book to express a sense of hope, not just the gloom of confined ghetto streets.  And I wanted my heroine on the cover.

I was given a variety of possible comps and was invited to give direction on the one I liked best. Some were clearly too romance novel. Others felt wrong for the period. One had the heroine dressed in yellow – a color that would be an anathema for her, for reasons described in the novel. Narrowing down to one, I then got very picky on certain aspects – such as the position of the heroine’s arm. There was a feeling of agency in placing one hand on the wall that was totally lacking when her hand was by her side.

In the end, the selected cover feels infinitely right to me – a testament to SWP’s design team and their ability to work with their authors to arrive at covers that fully convey the books they’ve written. I love the reactions I’m hearing from people I’ve shared it with, especially that almost universal inward gasp of appreciation.

And now (drumroll, please) – here is the cover: 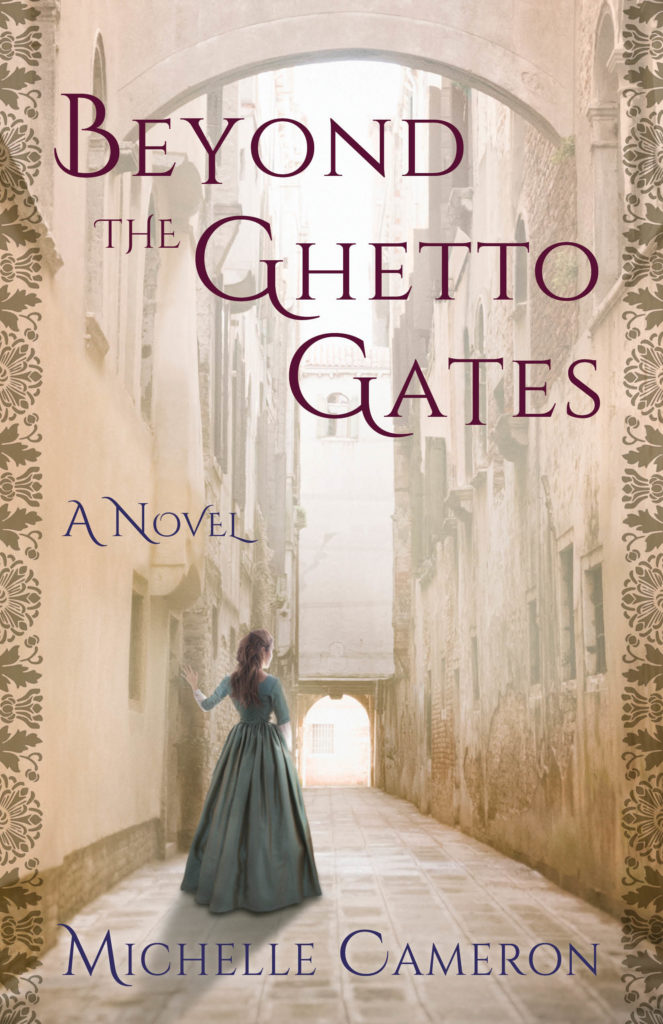 I am absolutely thrilled – and so yes, please do judge my book by its cover!