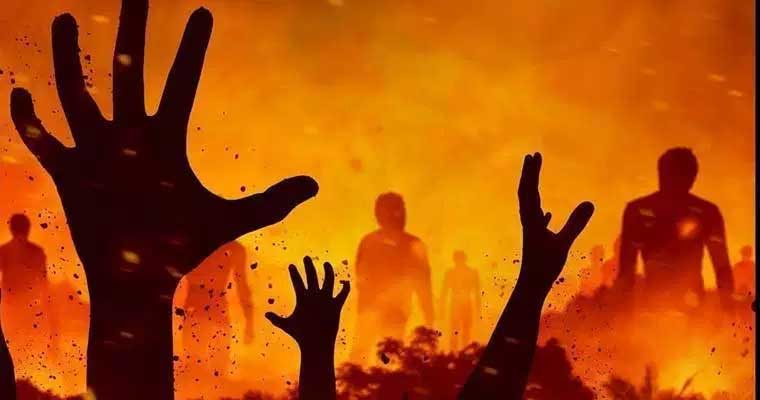 When Brooke Warner, publisher of She Writes Press, said these dreadful words during an author call, my blood froze. “We’ll be talking to some of you about changing your book title.”

Oh, hello, Title Hell. You write a book with a specific title in mind, and then someone comes along and says you need to change it.

I certainly experienced it with my first historical novel, The Fruit of Her Hands. My original title was admittedly lame: Daughter of Faith. My agent at the time wanted me to change it before sending it out to editors. I made lists, grimacing as I jotted down bad title after bad title. I solicited the help of friends – fellow writers and others. Nothing seemed to work.

Finally, I considered how many of my favorite books were named for the main character. Jane Eyre. Emma. The Great Gatsby. My heroine’s name was Shira, and she was from an area of France and Germany that Jewish residents then called Ashkenaz. So Shira of Ashkenaz because the novel’s title – one I actually liked.

But then the book sold. And lo and behold, the first conversation I had with my editor was: “We love what you’ve done with the chapter headings, including a quote from the Bible or the Talmud. Do something like that for the title.”

Back to Title Hell. I’d done significant research in pairing the chapters with the right quotation – phrases that would resonate with that piece of plot. It was harder when I tried to encapsulate the entire book – one that spanned a lifetime – with a single title.

I turned to that old standby, Proverbs 31, which a husband is supposed to recite to his wife every Friday evening. This is where the term “Woman of Valor” comes from, and I spent about three minutes considering that for the novel. But it was too trite, too expected, too overused. So I went further into the verse and found my title in the proverb’s last two lines: “Give her of the fruit of her hands, / And let her own works praise her in the gates.”  I didn’t want to lose my hard-won “Shira of Ashkenaz,” so the final title became: The Fruit of Her Hands: the story of Shira of Ashkenaz.

All good, right? Well, no. My editor was delighted, the publishing team was delighted, but none of us realized that the term “the fruit of her hands” is a talisman in the fundamental Christian community, signifying a woman who glories in being subservient to her husband. Which was neither my intent nor emblematic of my character’s personality. Had I known this at the time, of course I would have chosen another title.

Fast forward to my current book. Back when I was writing a trilogy – a first book set during the French Revolution, this one during Napoleon’s Italian campaign, and a third (now being researched) when Napoleon took his troops to Egypt and Israel, I decided to be clever and take my titles from Dicken’s famed opening to A Tale of Two Cities. The first title would be Season of Light, this one Spring of Hope, and the third Direct to Heaven.

But the first book was shelved for good and proper reasons, which meant that calling this novel Spring of Hope ultimately didn’t make sense, didn’t convey what the book was about, and didn’t work for my new agent.

In fact, it was my agent who came up with the next candidate. She found an amazing quote by Bonaparte that fit the book incredibly well: “There are only two forces in the world, the sword and the spirit. In the long run the sword will always be conquered by the spirit.” So she proposed I call the novel Sword and Spirit – insisted on it, in fact.

I loved the quote, hated the title: too fantasy-esque, it didn’t convey the spirit (ha!) of the novel. But she felt it would help sell the book. When it didn’t, I engaged a professional editor who agreed that the title wasn’t working. She gave me the same advice I received from the editor of The Fruit of Her Hands – consider something spiritual, something from the Bible.

Ugh. I went back to my biblical resources and did my best. And what I came up with – paraphrasing Song of Songs 8:6: “Set me as a seal upon your heart” became A Seal Upon Her Heart. I didn’t love it, but both agent and editor felt it worked.

So how did I end up with Beyond the Ghetto Gates? Well, when my agent couldn’t sell the novel, and I decided to publish with She Writes Press, I reconsidered the title. And I started to think – what is the novel all about? It’s about the tug of war of religion vs. assimilation, choosing between love or duty. My heroine is locked behind gates nightly until Bonaparte comes along and destroys them. I particularly liked the ambiguity of the term “beyond” with its Janus implications of referring to either inside or outside the actual ghetto.

Back to my frozen reaction to Brooke’s assurance that they would probably ask about a third of our Spring 2020 cohort to change our titles. My own title came up during the discussion of my cover design: it needed to convey that sense of ghetto or else the title wouldn’t work. Luckily, it did and I was saved from yet another descent into Title Hell.

Titles are hard and getting them right is harder. You want simultaneously to intrigue a prospective reader while still managing to convey what the book is about. The title needs to feel natural, because you don’t want to stumble over it every time someone asks you to describe the novel. And of course, it needs to work hand-in-hand with your cover.

So, fellow writers – those of you trusting that your working title will be your last – don’t grow overly attached. Title Hell may very well await you.

This blog post was adapted from one first published on The Writers Circle blog.