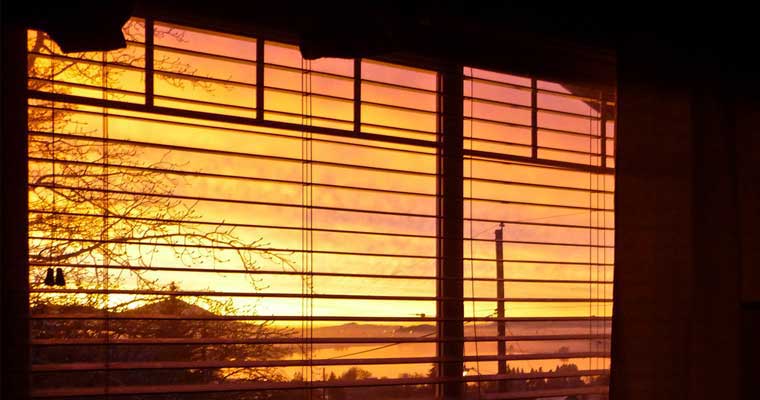 Rummaging through old documents in an effort to clean off my computer (a new one is on its way!), I came across this piece that has to be close to a decade old. It speaks to an almost universal desire of novelists – to be given time and space to write. And tells of the real-world obstacles that get in the way of that desire. While my current “day job” managing The Writers Circle is an incredible improvement over any other career I could wish for, the final line of this piece still holds true.

“Of course what I really want,” I confided in my client over a business lunch, “is to make the book enough of a success so I can quit and write full time.”

The moment the words escaped I regretted them. “But don’t tell my boss,” I added, picking up my water glass and taking a hasty sip.

Now, I wouldn’t dream of saying this to most of my clients. But I’ve worked on Bobby’s union web site for seven years. He says — and I believe him — that the web site we created for him helped him win his position as Local secretary. During a recent major strike, the union was waking me up at midnight to post releases and send out email blasts.

“Of course,” I said, picking up my fork as I noticed the glint of panic in his eyes, “we’ll have to get you self-sufficient first.”

“That would be a good idea,” he said dryly. I moved to another subject.

I have what most people would call a Career with a capital C. As vice president and creative director of a digital agency, I’ve been instrumental in creating web sites for clients as prestigious as a major ballet company and as solid as a medical devices firm. I can analyze what’s wrong with a web site at twenty paces and come up with three ways to make it more appealing to its audience between breakfast and lunch. I’ve done this for nearly 10 years, coming to the company from a position as Director of Design Services from another local digital agency, arriving there from a position as a senior technical editor for a software firm. If I wasn’t one of the initial cowboys of the World Wide Web I’m certainly among the first-generation pioneers.

And all I want is to quit and write novels.

I always wanted to quit and write novels, even after I gave up writing for a long, long time. I started out in the working world as a production manager for a small vanity press, which published magazines whose chief reason for existence was a trade show. The articles were mainly interviews with the advertisers, who would be flattered enough to buy a full-page ad on the page opposite. It was supposed to be temporary, until my first novel sold. When my first novel didn’t sell (thank goodness), I started writing for the same company. When that position folded, I tried my hand at freelance writing. I sold book reviews to a local newspaper, wrote advertising copy for small PR firms. This was supposed to be temporary, until my second novel sold. But that didn’t happen, either.

We moved to Massachusetts and I took a job as editorial assistant at a prestigious woman’s college. My boss was the woman who taught me nearly everything I know about editing — a small, diffident woman with thinning red gray hair who could be an absolute bitch on wheels. When she interviewed me for the position, I confided that I was writing a novel (my third).

“No, no, it’ll work out great,” I said, with all the naïveté of youth. “My writing at home will satisfy my creative urges so I can concentrate here.”

She hired me anyway. Since a big part of that position was writing obituaries of alumnae, I don’t know why she didn’t think the job would be stimulating. I got to do a first edit on articles sent in by alumnae to the magazine and set up tea lunches for the Board, which met in the lovely little Alumnae House on campus. If it hadn’t been for my boss and my first baby, it would have been a fun job.

But my first baby became the focus of my life. And my boss didn’t like the fact that I felt conflicted about coming to work. So I found another position before she could find a reason to fire me.

And this is where I gave up writing. When it was just work, I found time to shoehorn my writing into my schedule. But now with a baby — soon followed by a second — and a full time job… my writing wasn’t happening. I told myself I didn’t care. I told myself I’d tried and failed. The family needed my income and I moved away from the more “creative,” lower-paid positions and became a technical editor. I surprised myself by liking the job. The pay was good. The people were great. It was okay, I told myself. I didn’t have to write novels any more.

But then my second son began writing. He was writing “books” when he was four and poems when he was six. I’d come into his room in the early mornings and find him completely absorbed, scribbling furiously. I grew sad, seeing something I’d loved and lost. It did matter that I wasn’t writing any more. But the thought of writing a novel was just too daunting. And so — with some encouragement from friends — I tried my hand at poetry. Poems were quick. I could — and did — write them in the waiting room at the karate dojo or outside in the car at the edge of the ball field.

Editors published my poems. Because of the full-time job — I was working with my current employer by now — it didn’t matter that poetry paid no money whatsoever. I don’t have to make money with my writing, I told myself. I heard a poet talk about the “practice” rather than the “profession” of poetry, and I borrowed the phrase. I’m a practicing poet, I told myself.

But I was still a storyteller at heart. My best verse was narrative. And when I read a friend’s long poem about her family, taking one voice and then another to realize a narrative arc, I realized I liked this form. My third still-born novel had been about Shakespeare’s theatre. I had absorbed a lot of research material, work done years ago in the basement of Widener Library in Cambridge. I started to write poems about Shakespeare.

When In the Shadow of the Globe was published by Lit Pot Press in 2003, I told myself I could die happy now. A published book had my name on it… Beverly Jackson, the publisher, warned me she couldn’t market the book and I told her that didn’t matter. I had the full-time job, after all. I had learned marketing over the years. I would do my own marketing.

I juggled the job and book promotion and life as a mother. By now the boys were older. I sat them in the back of the room during readings and made them collect the few dollars made in book sales. The business part of me saw clearly how my writing alone could never sustain my economic needs… the full-time job was still necessary. After all, the boys were approaching college now. They were bright boys. They would need to go to good schools.

But the compulsion to write novels simply refused to die. When I turned to my next subject — writing about a rabbi’s wife who lived in the 1200s — I tried to use the same format as In the Shadow of the Globe. But the poems felt forced. I tried to write in a diary format and that didn’t work either. So finally, I gave in to what the subject wanted. It needed the breadth and breathing space of a historical novel.

But when would I write it? The job was demanding. The boys were demanding. I had added part-time teaching to my work load. It would take me years to chip away at a novel at a snail’s pace. Never a patient writer, it irked me. If only I had more time!

This is where the deux ex machina of my life actually happened. I attended a yearly writers’s conference— Peter Murphy’s Winter Poetry & Prose Getaway. I attended a workshop called “Finishing Your Novel.” The workshop leader challenged each of us, “What’s stopping you?”

My answer was time and I listed everything I was responsible for in my life. Most of my fellow writers shook their heads sorrowfully and agreed with me. But not Carol.

“How early can you get up?” she asked.

It’s nearly 6:00 AM right now. I’ve been writing since 4:30 AM, which is when I turn off my alarm and turn on my computer. And it’s in this small slice of silent time that I finished my novel (The Fruit of Her Hands), found an agent who sold it, and embarked on another novel. There are no interruptions, no phone ringing, no time stolen from my boss or my kids. At 6 AM I force myself to stop and get ready for the paying job. Because I have this time, I tell myself, I can stand the worst part of the career: writing and designing according to someone else’s vision, compromising what I want to do because of poor decisions and the need to make clients happy. I tell myself that if this next book isn’t enough of a financial success — though I still hanker to quit and write novels full time — perhaps the next one will be.

Someday, I tell myself, I’m going to stay home and just write. But not today.