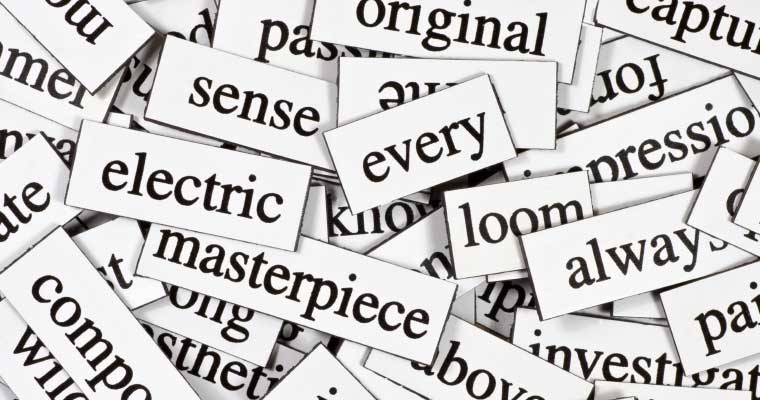 Every writer has them. The words that crop up, over and over again in their manuscripts, the ones where, when they reach for a phrase, this is what appears.

I’ve been thinking about default words lately, because I’m doing a pass through my latest novel, trying to remove them. One of my favorite beta readers was kind enough to identify the following list:

Except for bemused, these are all fairly typical words. And some of them are very hard to replace. Think of the word “grin” for instance. It’s one of those words that contains a multitude of meanings, one that I hesitate to substitute by the word smile (too weak) or beam (too happy) or smirk (too mean).

Hiss, on the other hand, is a highly specific word with very few substitutions available. Sibilance, anyone? It doesn’t do it, does it? And a lot of the other options – catcall, buzz – are either too modern or don’t fit my personal style.

So what do you do with a list like mine? Consider what you’re trying to do in the sentence. If someone’s hissing a rejoinder, it obviously means that they’re angry, annoyed, or trying to keep a secret. If you can rewrite the entire sentence, sometimes you can actually get closer to your original intent. And that is never a bad thing.

The other thing to consider is how often is too often. A default word flavors your writing in a way that isn’t always detrimental. That “bemused” for example, says something about how I approach language. It’s not perplexed or confused, it’s bemused. That helps set my time period (18th Century) in a way that more modern parlances will not.

And then, there are times when a word is just a word. Sure, my characters hiss a lot, they sneer and curl their lips. They’re facing rising stakes and terrible situations and this is how they respond to them. And when they grin or sigh or act bemused? That’s when love might well be in the air.